Although some time has passed since Russia mounted attacks on the Ukraine, the ongoing impact is still affecting countless people. Considering our distance from the situation, there are still critical ways we can be of support.

What Can I Do To Help?

Join in prayer on behalf of the following.
– Pray for mercy and comfort for families of who have been separated or injured over the course of the conflict, with hopes of healing and reunification.
– Pray for safety for those who are providing aid in the country.
– Pray for the provision of resources for the people of Ukraine.
– Pray for God’s peace to flow through and guide world leaders.

Below there are links to donate to a few ministry partners that are serving people on the ground in Ukraine.

Our Legacy
Along with leading this organization that focuses on disciple-making movements throughout the country, he also pastors a church in central Ukraine. All funds are going to the network of pastors and churches on the ground caring for their communities and the displaced people coming to them. Donations are going towards food, medicine, fuel, hygiene, air mattress/bests, etc. to care for as many people as possible.
Donate

CAMA Services
Compassion and Mercy Associates (CAMA) is the humanitarian aid arm of the Christian and Missionary Alliance. They have missionaries living in Kyiv. Currently they are partnering with the national church partners and pastors in Kyiv by providing food assistance and compensating the costs for housing and travel as needed for those evacuating the war zone.
Donate

The following is from John Kinsley at Straight Ahead

We’ve helped Anya and the kids from Safe Haven, where kids who aged out from orphanages would live with her and her husband Bogdan. Bogdan decided to stay in Ukraine and is in the army. Anya and the kids are in Czech Republic. They left with only the clothing they had on so we purchased clothing and necessities for them. 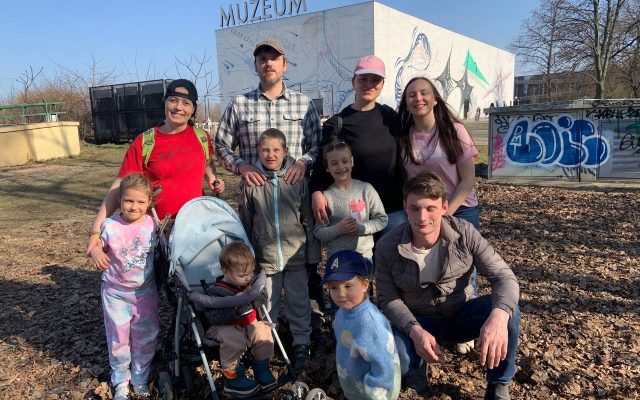 We also helped Kolya, Halya, their four kids and foster daughter. They evacuated to Poland and were given a house, but it didn’t have indoor plumbing and other basic things. We sent support for them to help with the house. 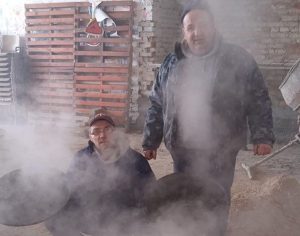 We’ve used some of the funding at our aftercare center for boys leaving the orphanages and juvenile prison, which is now housing internally displaced people from the war zone. We were able to buy an industrial stove to cook meals, bread and other items for those staying with us and for those who don’t have food, though some is still cooked outside. 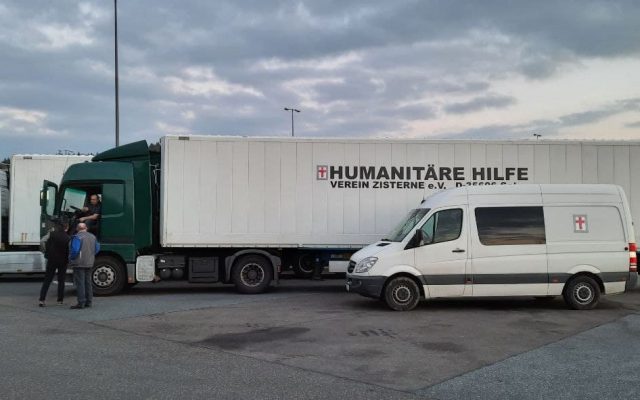 This week we’ve sent money to a humanitarian aid group in Germany that has been trucking in food, medicine and other supplies since before the war started. This group is mostly funded by one Christian family, that runs the organization and they were running out of money to bring the aid.

Another group we’re helping is run by an American missionary who is still in Ukraine. Lori brought several families to a hotel in western Ukraine and is paying for the hotel and food. She is also finding and sending medical supplies, food and necessities to those in the war zone. Lori said they’ve been able to help out groups such as Samaritans’ Purse to get aid to its final destination. 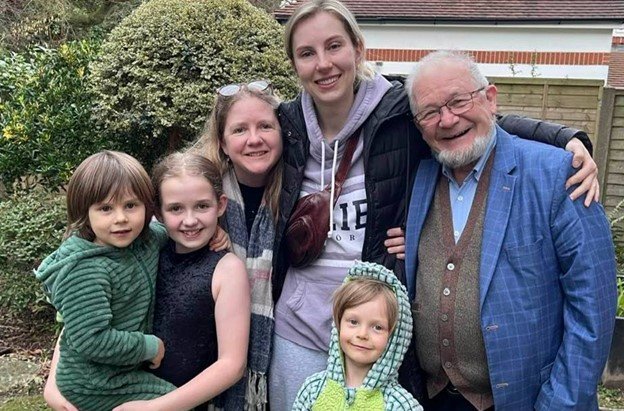 Finally, we’re helping a retired pastor in England who started many ministries in Ukraine and South Africa that serve orphans, windows and prisoners. Vic was going to sell his house as it was too much for him, but he decided to hold onto it and host some Ukrainian families. He’s still sending aid to people he knows in Ukraine. He needs the help as he can’t do it all on his pension.

“Each week, there are different needs we’re able to meet thanks to Christ Community Church and other, generous donors. I appreciate all of the help and support. Thank you!”